I had a very different blog post idea ready for today. But then, on our way to a photoshoot yesterday (Sunday morning, August 15th NZ time), I read the devastating news of a 7.2 magnitude earthquake in the country of Haiti. It broke my heart. The death toll at that point was over 300 dead, it is now over 1200 dead and still rising. Over 7000 homes were destroyed and over 5000 more damaged. It is difficult to put into words what such damage actually means in a country like Haiti, a country so broken already. It was pretty hard to find a reliable source of information as a lot of mainstream media barely covered any of it. If such level of damage happened in any first world country, of course we would be hearing it left, right and centre. But Haiti, a country so complicated, often gets ignored by the first world.

In 2012, after finishing school, volunteering in Romania for 6 months, getting accepted to study film production at uni, dropping out of uni, moving to the UK and working my bum off for a year (surf shop shifts during the day, bar shifts during the nights, no days off), I managed to save up enough money to get myself a decent camera, a decent laptop, cover my flights and insurance and have enough savings to go and volunteer in Haiti for 6 months. I had absolutely no idea what I was doing, where I was going, but I felt it deep inside of me that this was what I needed to do. I was 21 at the time, young, naive and absolutely clueless as what to expect.

Through mutual friends I got in contact with an amazing non-profit providing jobs to Haitian mothers (and fathers) in order for them to be able to keep their children, rather than giving them up to orphanages. At that time, 80% of Haiti’s orphans were economical orphans, meaning that they had a living biological family, but they simply couldn’t afford to look after them and hoped that their babies would get a chance of a better life when adopted. I had been so excited to get to Haiti for so many months, saving every penny and preparing myself for all sorts of scenarios. I had a little breakdown at LaGuardia airport in NYC during an overnight layover. I cried, doubting my decision to go, scared and nowhere near as brave and courageous as I imagined I would be.

I will never forget the moment I stepped out of the airport in Port-au-Prince. Never. It suddenly hit me. This was no joke, this was one of the poorest countries in the world, devastated for so many centuries. It was burning hot, there was rubble everywhere (2 years after the 2010 quake), dust, rubbish, hundreds of people begging in the street, street kids running around fighting for whatever bit of food or sweets the “blancs” (white people) threw out of the tinted windows of their big fancy trucks with various charity logos on them. The second I saw a severely malnourished pregnant girl, who must have been younger than me, rolling in the dust begging, something inside of me switched on. OK, this is no joke. You are here, you signed up to be here for 6 months and you need to do your very best to try and help. 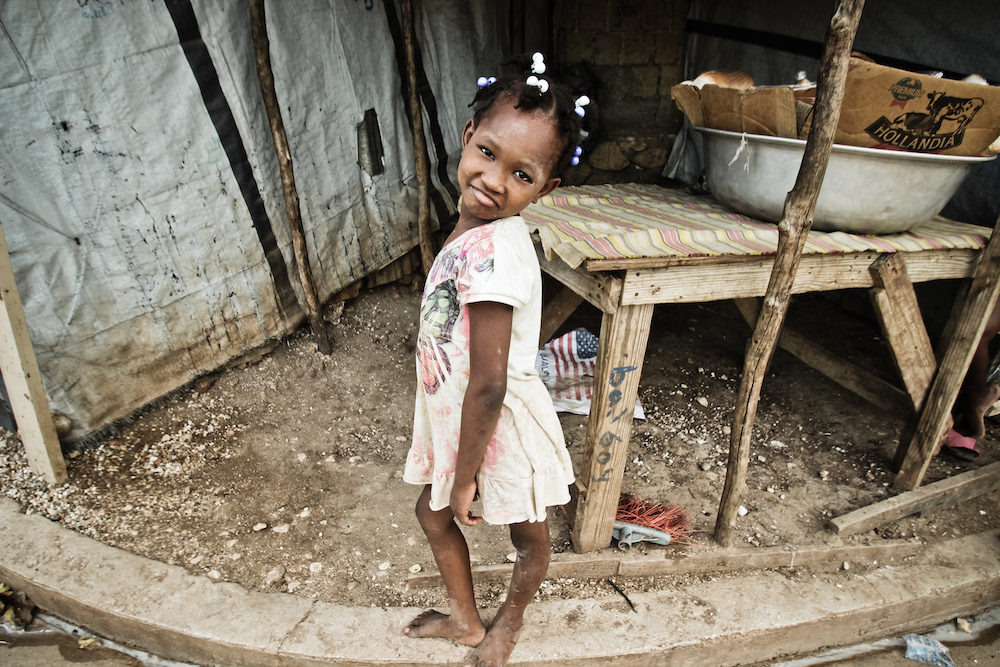 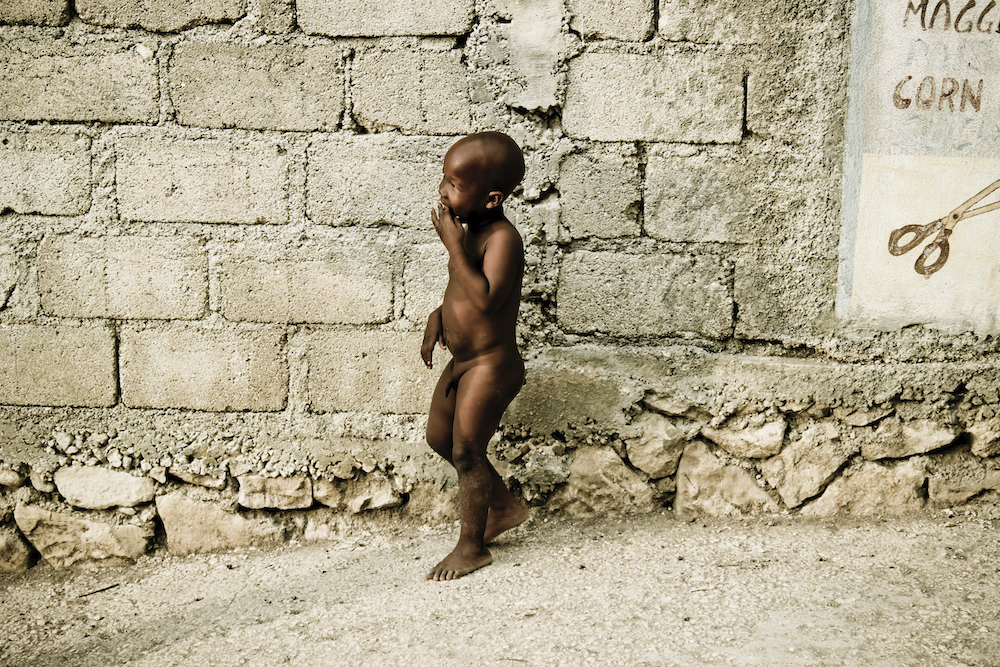 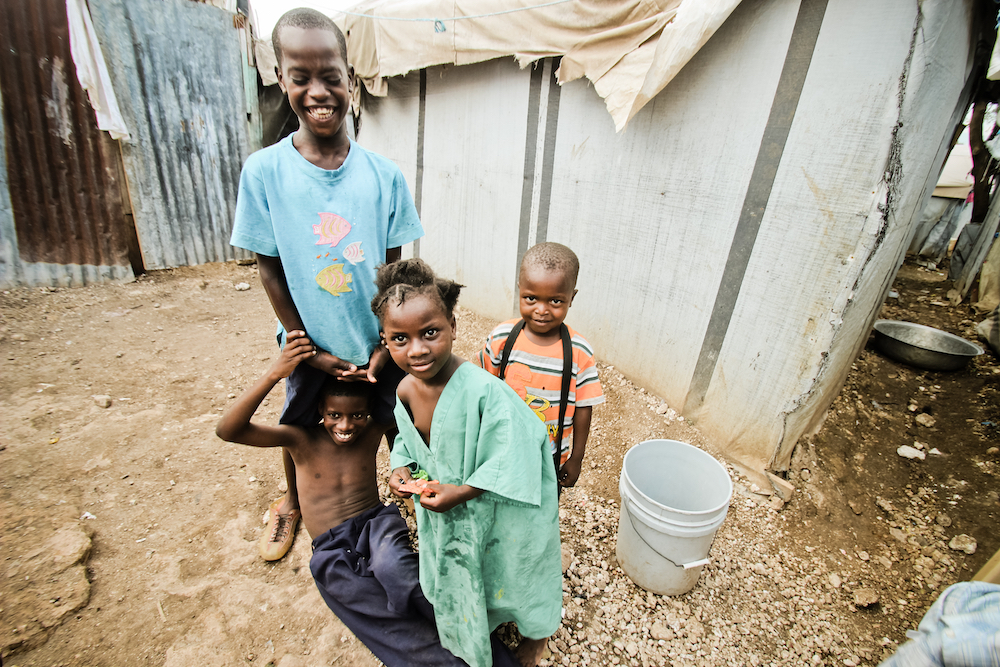 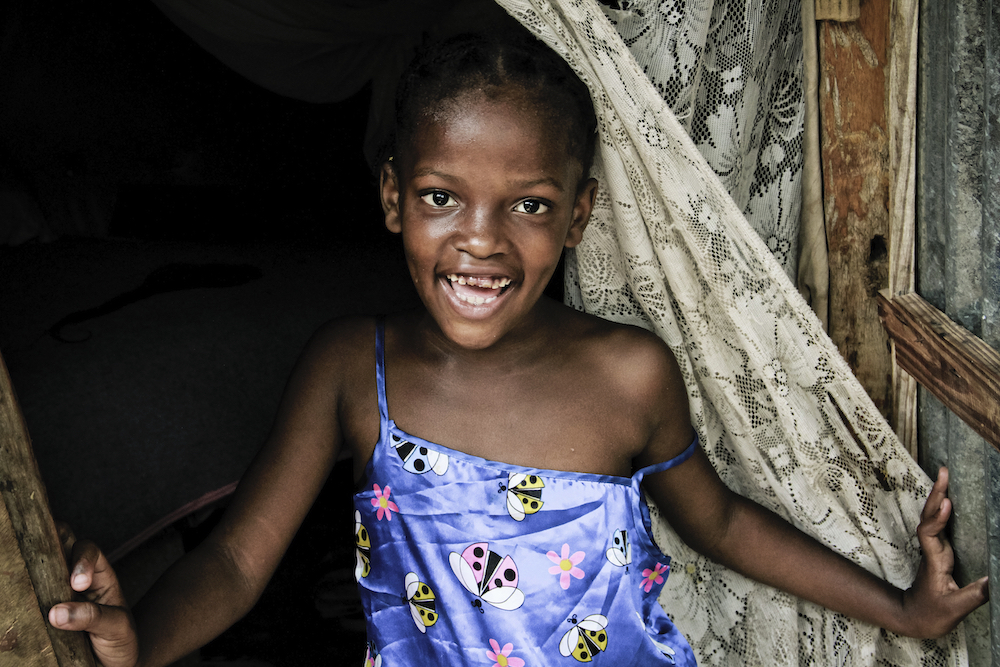 Trying to help and make a difference in a country like Haiti is something that makes you question everything to the core. Including yourself, your own ego, your own intentions, your own maturity. I was nowhere near ready to understand the country and its problems and, quite frankly, I don’t think I ever will be, I don’t think any of us ever will be. The country of Haiti has suffered through so much. Politically, geographically, economically… slavery, occupation, terror of the Duvalier dynasty, political chaos, corruption, deforestation, illiteracy, lack of education, being located right in the middle of the hurricane path (which makes agriculture near impossible), natural disasters, diseases, lack of infrastructure, lack of medial support… I could keep going.

During my 6 months in Haiti, I had been a witness to so many absolutely heart-shattering situations. In just those 6 months I experienced hurricane Sandy, a shooting on the property of the non-profit I volunteered for, multiple robberies and saw more people die than ever in my life (before or after), including children fighting for a loaf of bread. I had to wear a bulletproof vest at one point, but weirdly enough, it didn’t phase me. It’s just one of those things you get used to. I spent hours and hours every day in the tent cities, I was constantly surrounded by rubble and dust – a reminder of the quake, I saw the effects of the cholera that was brought over by the UN peacekeepers from Nepal after the quake (and killed more people than the quake itself). I saw children dying of AIDS, cholera, malnourishment, street fights and even newborns dying after being bit by rats on the floor of an orphanage. All of this within 6 months. I wasn’t special, I wasn’t putting myself in unnecessary danger, this was just the reality.

On the other hand, I saw the most love and community spirit I could have ever imagined. People saved up every penny in order to build a safe place for their families after the quake (most people were still living in tent cities then). Neighbours looking after their neighbours’ babies, raising piglets together so they could have a bit of meat once the piglets were big enough. I saw the most sincere smiles and moments of happiness, courage and hope, despite the everyday reality.

At the end of my stay, I didn’t really help, of course I didn’t really make any difference. I didn’t make people’s lives any easier, I didn’t build their houses for them, didn’t change the political situation, didn’t stop the corruption… I may have taught a few of the street boys to read and write, I may have invested all hours of my days into the charity, but of course it made very little difference. What changed, completely and entirely, was myself. My perspective of the world I was living in back home. The choices I was making. I found out the hard way the truth behind so many “charities”. I realised how harmful our desire to help can be to countries like Haiti. I learned so much about our own privilege, our own egos and our own needs to feel like we are saving someone, when in reality, they are saving us.

I returned home absolutely broken. I cried until I couldn’t cry anymore. I suffered severe ptsd, I fell out with some of my closest friends and family. I felt the need to make everyone see the truth, the reality. Acknowledge their privilege. It took me months to realise that what I was trying to do was wrong. And it took me years to process what I have seen in Haiti… in fact, seeing what has happened there this weekend has made it very clear to me that there are things I still haven’t processed. That I am still hurting for this complicated country that shook all of the foundations of my existence.

I don’t really know what the purpose of this post is. Perhaps I just needed to get some of these thoughts and memories off my chest after yesterday’s news. However, if there was to be a point to this post let it be this one. If you want to help Haiti after this weekend’s earthquake, please do so with as much awareness as possible. Please, before donating even a single dollar, do your research. Don’t send your money to “charities” that might seem trustworthy but are not in fact helping Haiti at all.

I am not in the position to give any advice, I can only share my own experience. After what I saw in Haiti, I would never donate a single penny to Unicef or the Red Cross there. I would look for a charity that has been working there for many years, at grassroots levels, supporting not only the immediate recovery but also Haiti’s future – education, job creation and safety. In terms of immediate medical help, I will be directly supporting Médecins sans frontières (Doctors without borders).

I still believe that one day I will come back to Haiti. And that the Haiti I come back to will be the tropical paradise island it deserves to be. People will be smiling and happy and proud to be Haitian again. That this all has to come to an end one day. Until then, Ayiti cheri, I will be thinking about you, just like I have been for the past nine years of my life. 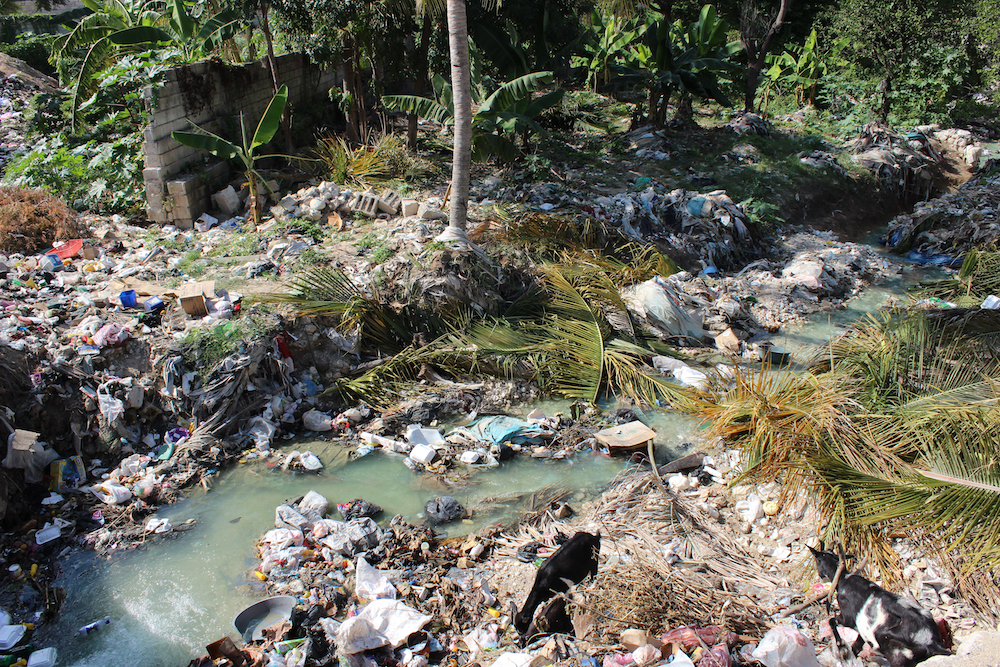 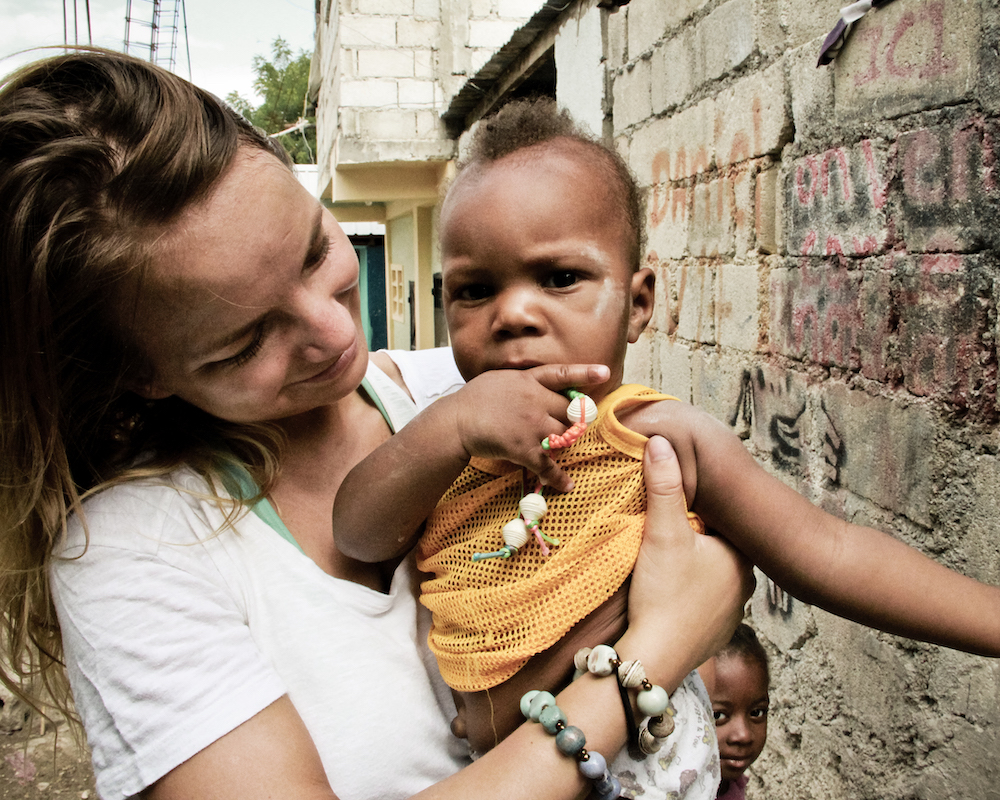 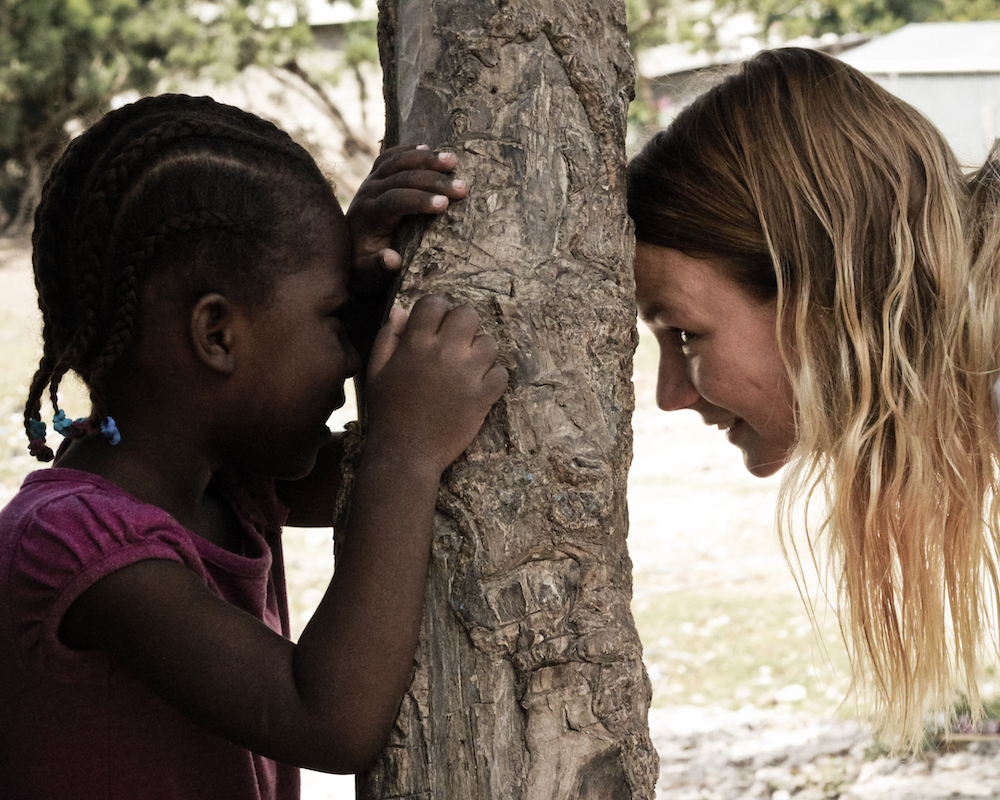 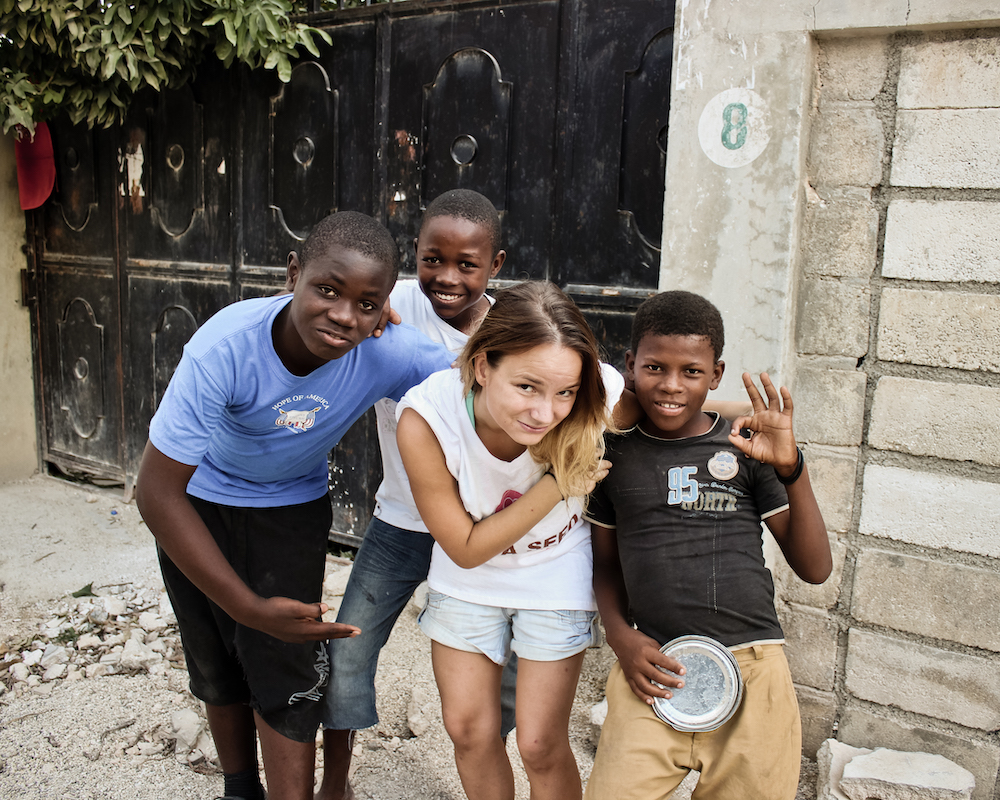